After my son had his opportunity to sleep in our roof top tent, my daughter who is turning 9 soon was anxious to get her turn. Between trips to the beach, horse shows, and unexpected 98 degree weather, it seemed as though she had lost out on her chance to catch some elevated camping time with dear old Dad. But never give up hope, because as luck would have it a cold front came through and dropped the nightly temperature drastically, and we knew that we were going to get our night in the tent!

On June 1st, my son had his Cub Scout End of Year party. After we celebrated the boy’s advancements, we went outside for bounce houses and icee’s. Everyone I chatted with brought up the roof top tent which was sitting on top of my truck nearby. After the third “I wish you had it set up,” I decided I needed to give the people what they asked for, so I quickly set the tent up for all to see. Everyone really liked how easy the setup was, and was equally impressed with how quickly it was put back away. A few hours later we were back home and I set the tent up again for my daughter and I to sleep in. My son, Ray, decided he was going to take advantage of the vacancy in my bed to share some time with his mom (and sleep in our super cool bed that inclines/declines)

As the temperature broke 70* and falling, Abbie and I went outside and set up our “room” for the night. We had all of the vents open as we watched the sun set. As soon as it was dark, I asked her if she would like to watch a movie with me (a sure fire way to laugh and bond and ease any anxiety of her second night camping and first night being 7 feet off the ground. We chose Despicable Me 3 and had a great time laughing. As 11pm drew near, we decided to shut everything down. I closed one of the entryways (the one without the ladder where our heads were) so that it would be a little darker. As the night went on, I shut the two ceiling panels as well, and early in the morning I woke to shut the entryway where the ladder was. Ultimately as the temperature dropped we stayed very comfortable with me waking to adjust as needed to keep Abbie resting peacefully. I woke around 6ish and it was still nice and dark in our tent. The sun was coming up but it wasn’t too bright inside. As Abbie started to wake we smiled and I asked how her night was. She said she slept great and had a lot of fun! 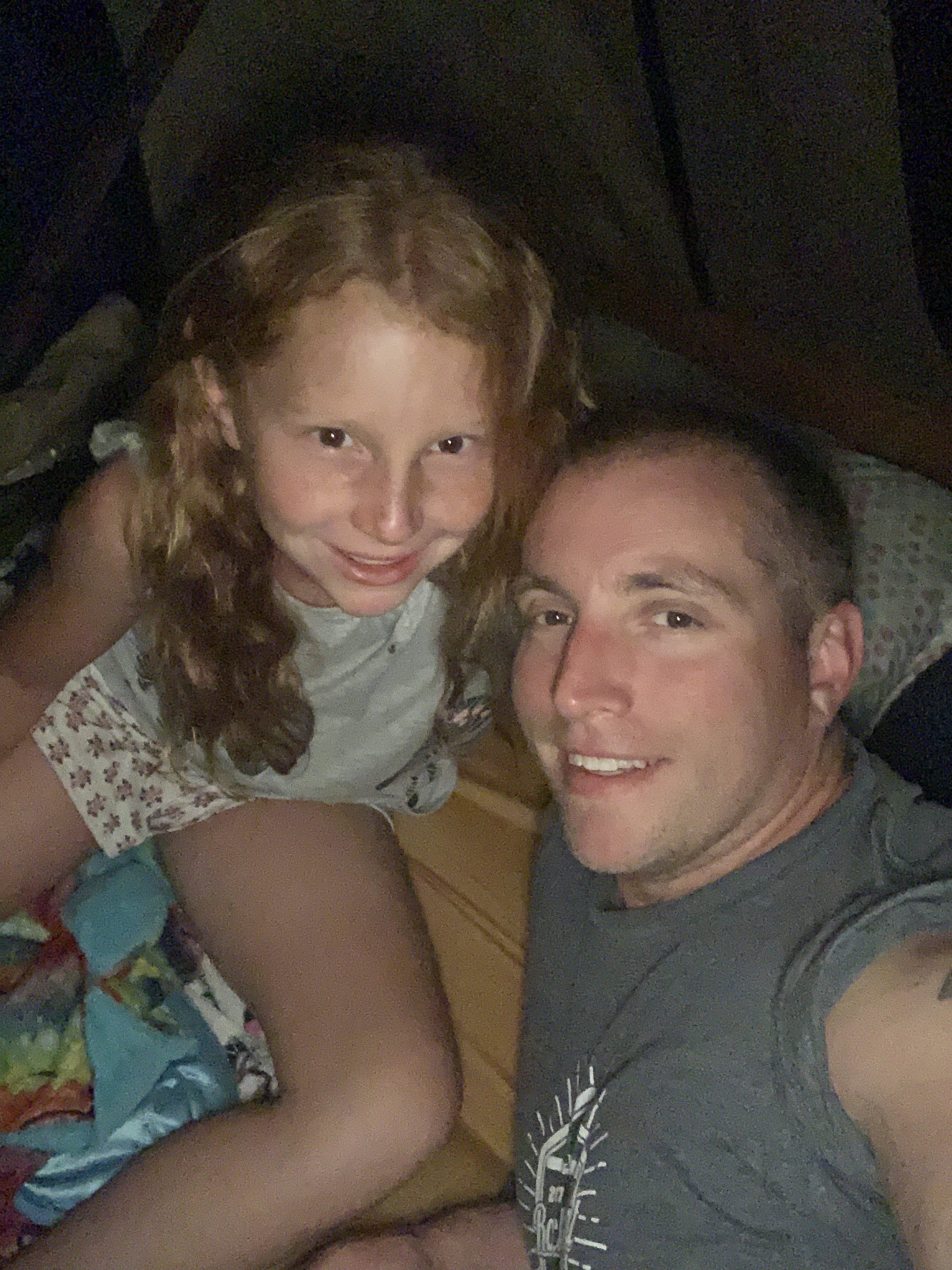 Being Sunday morning, the plan was to head to church so we had to get up early so that I had time to pack the tent up. As we gathered our things, I noticed that the tent had some moisture on it. Not wanting to fold it up while it was wet, we decided to skip church today and just enjoy some good old fashioned family time together. 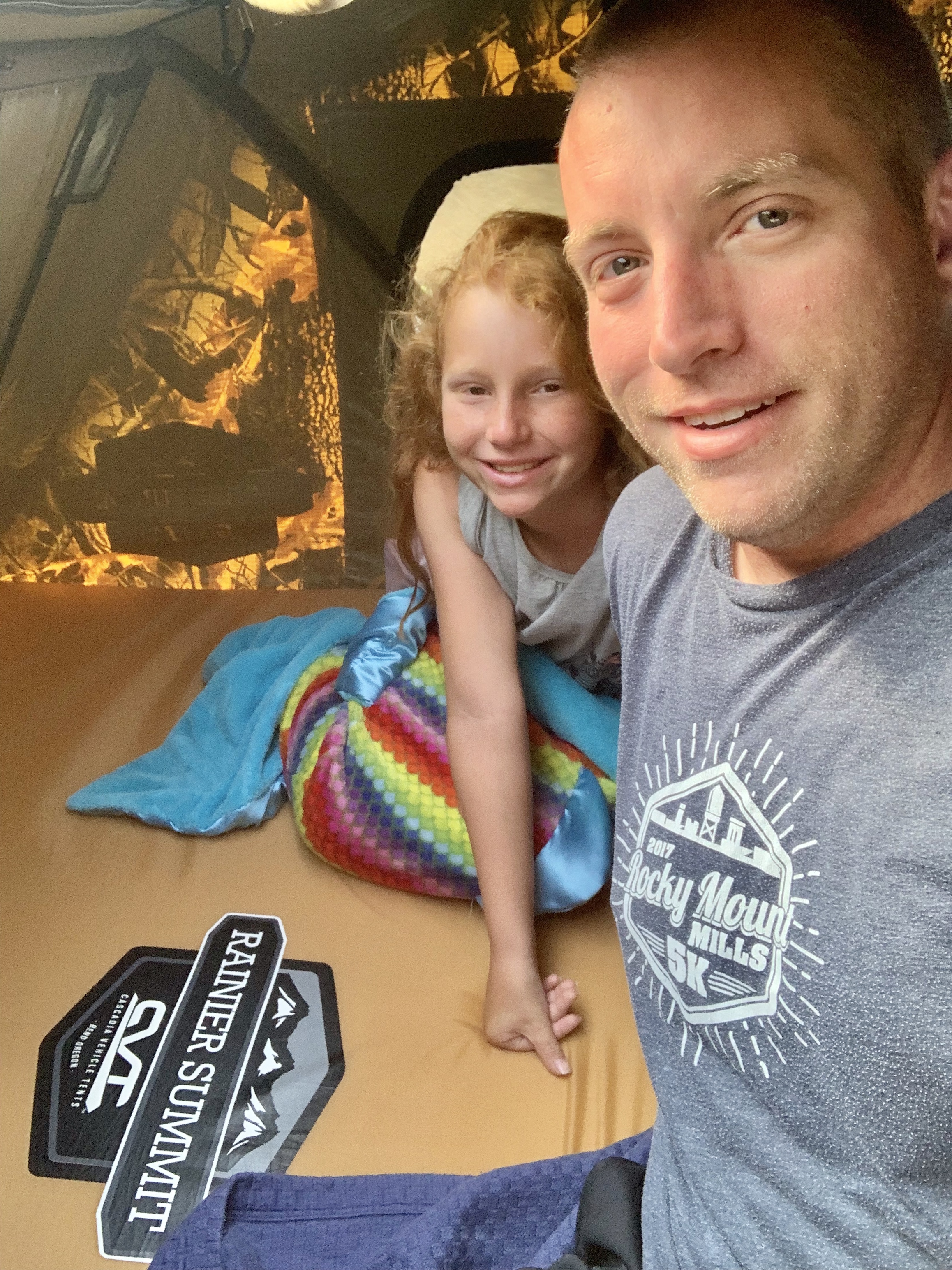 Camping has been a really fun way to bond with my kids and I’m excited and ready to camp again!